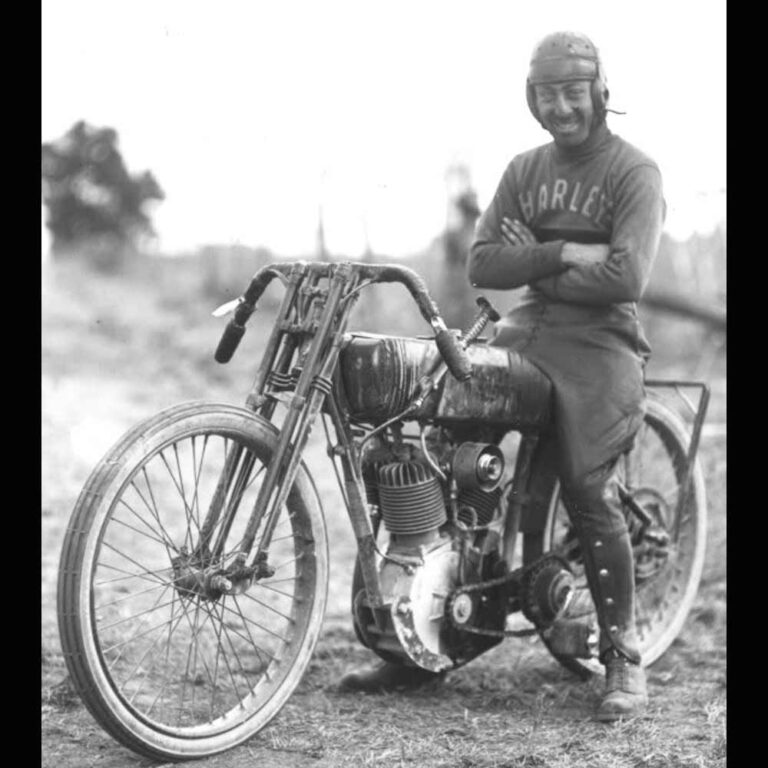 In a time where both motorbike brands and racers were competing to stand out, Maldwyn Jones made himself unique to the watching world. With a good-natured and kind-hearted spirit, and a knack for the track, he goes down even today as one of history’s great racers.

A Representative of Merkel

In the early 1900s, most professional motorcycle racers represented big brands, namely Harley-Davidson, Indian, Excelsior, Henderson, etc. However, one brand was fighting to make a name for itself, and Maldwyn Jones helped bring that name to light.

As a teenager from Ohio, Maldwyn Jones spent his teen years like other boys – eating, breathing, and dreaming motorcycles. His early racing career took a turn in 1909, at age 18, when he won his very first prize. At an Ohio county fair, he won a rifle. Although the race was an amateur one, Maldwyn knew the lifestyle was for him. He continued racing locally and in amateur races, and he built up a reputation for himself as a skilled rider.

In 1911, Jones took a job with Joseph Merkel, a motorcycle manufacturer in the process of placing himself on the map. Even though Merkel did not have an official factory team, he knew that Maldwyn Jones had a special spirit and determination on the race track. As a result, he used Jones as a representative.

In addition to Maldwyn’s natural racing talent, he possessed a mechanical mind and made many physical improvements to the Flying Merkel motorbikes he rode. He took small parts from other bikes and added them to the Merkel, creating a faster and more efficient machine.

Over time, Maldwyn’s name became a well-known one. He mastered short tracks the same way other riders excelled at long-term racing.

Although Maldwyn Jones was an excellent racer, especially on short tracks, he ran into bad luck several times during races. It was common for him to experience mechanical failures on the track, and one time he was listed as coming in 2nd place during a race in Savanna because the person responsible for counting laps missed one of his. As a result, he rode an extra lap and “came behind” Bob Perry, who rode for Excelsior. The mistake was not caught until it was too late to take back the prizes.

Additionally, Jones was an excellent sportsman and once gave up 1st place to his teammate, Albert “Shrimp” Burns, because he did not feel it was right to pass up a teammate in 1st place.

Although Maldwyn Jones did much for the Merkel brand, he did not ride for them forever. He first switched to Harley-Davidson, whom he represented during classic races like the Cornfield Classic. Then, in 1921, he began riding for Excelsior. For the next few years, he would win countless races against fierce Indian motorcycles, setting records and earning him a place in the American Motorcycle Association hall of fame later in 1998.

One especially notable accomplishment of Maldwyn Jones was his broadsliding trick. Many riders of the time were known for holding their left foot just above the track when they raced. If their motorcycle lost traction, they would use their foot to regain the traction and prevent a fall. As a result, their leather boots wore out quickly, costing a lot of money to replace.

Maldwyn Jones thought that a steel boot would not wear out as quickly. As a result, he began riding with a piece of steel underneath his sole. This caught on quickly, with adjustments made to make steel boots a helpful, money-saving tool for racers everywhere.