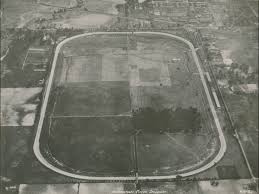 The Indianapolis Motor Speedway is home to some of the most famous races in the country and features the largest seating capacity (for racing) in the world. To appreciate this great piece of American history, it is important to understand where it came from and how it became what it is today. Let’s take a look at a brief overview of how the Indianapolis Speedway came about.

How Was the Indianapolis Motor Speedway Founded?

Like most great things in life, the Speedway project began as a simple vision. Carl G. Fisher, the owner of the first United States auto dealership, noticed a rapid increase in the racing industry’s popularity. Unfortunately, racetracks had not quite caught up with the times, and racers were taking care of business on linear roads. This made it difficult for spectators to observe more than a brief portion of the race. Fisher envisioned an oval track with tall seating, all specifically designed for the competition of a sport.

Long having been an entrepreneur and businessman, Fisher took his vision to 3 colleagues: Arthur Newby, James Allison, and Frank Wheeler. Together, the 4 men invested $250,000 into what would soon be Indiana’s pride and joy, the Indianapolis Motor Speedway. While Carl G. Fisher first began dreaming of this track in 1905. However, it was not built until 1909, which is also when its first race was featured.

Failures, Victories, and the Glory Days

Unfortunately, like many other dreams, the Speedway’s debut was a little rocky. The oval featured a 2.5-mile distance and a packed gravel road, but the gravel was susceptible to potholes and dips. August 19, 1909 saw the first automobile race on the Speedway, but unfavorable conditions led to one of the drivers, Wilfred Bourque, flipping his vehicle. He and his mechanic, Harry Halcomb, sadly died. The event was supposed to last 3 days, and the 2nd day went off with no injuries or fatalities. However, on the 3rd day, one of the racer’s tires blew and he spun into the audience. 2 spectators and another mechanic suffered fatal injuries and passed away.

At this point, authorities deemed the Speedway a failure, and safety officials shut it down until improvements found their way to the mostly gravel track. Fisher, Newby, Allison, and Wheeler worked quickly, and soon, over 3 million bricks supplied by local Indiana businesses replaced the gravel track. This took only a few months, and speed trials became scheduled for December of 1909. Now safely paved for racers, the Indianapolis Motor Speedway earned the nickname “The Brickyard.”

Races began in 1910, with several taking place every weekend. Racing was particularly popular between the 2 World Wars and saw thousands of spectators at each race.

Once World War II came, the track shifted from its golden years to a state of disrepair. The racetrack was bought and sold several times before ending up in the hands of racer Wilbur Shaw and his business partner, Tony Hulman. The men set about restoring the track and the races that they held so dear to their hearts, including the Indianapolis 500.

A Modern Take on the Speedway

The racetrack continues as one of America’s great landmarks and Indiana’s pride and joy. Over time, it began hosting countless types of races and events, ranging from automobiles to motorcycles. Although repaired and repaved as time deems necessary, 3 feet of the Speedway’s starter pavement still features some the original bricks laid in 1909.