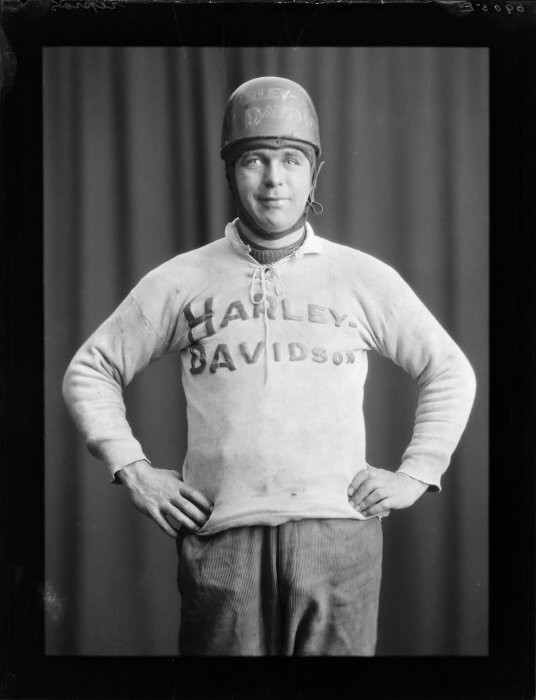 When we think of early motorcycle racing in America, we usually think of American-born racers who grew up in the states and raced from coast to coast. However, not every person that impacted American racing was born in America. New Zealander Percy Roderick Coleman is a classic example of an amazing motorcycle rider who continues to inspire the world today.

Percy Coleman was born on January 26, 1897, in Taranaki, New Zealand. Like many other young boys of the early 20th century, he finished school early and instead went to work. At the age of 12, he assisted as a motor mechanic, which ultimately led to an interest in racing. Despite losing sight in his left eye thanks to a workplace accident, Coleman began riding his first motorcycle at the age of 14.

Unlike America, where races mostly took place on dirt ovals and board tracks, New Zealanders enjoyed racing on one-mile grass tracks intended for horse racing. At the age of 15, Percy Coleman participated in his first motorcycle race on a Humber. Like most racers, he immediately became hooked. His first win occurred in 1913, where he took the title during a 5-mile local race. In 1915, he won a “heavyweight” championship, which simply referred to a race with more skilled riders.

Perhaps Coleman’s most notable trait when riding was his aggression. He often grazed his knuckles as he rounded bends because he took the turns so closely. It was this aggression that resulted in countless wins. Coleman rode both Excelsior and Indian motorcycles but caught the eye of the Indian motor company.

Indian asked Coleman to represent them on the race track, a request which would bring him to the United States in 1919. First, he rode an Indian on the 200-mile lap race on a Los Angeles racetrack. He was the first Indian rider to cross the finish line, coming in 6th overall. Coleman’s second race in America was at the Cornfield Classic in Marion, IN. This race took place alongside numerous racing legends. Unfortunately, Coleman’s engine gave him trouble, preventing him from completing the race.

Once Percy Coleman returned home to New Zealand, he began riding for Harley-Davidson. At this point, he had enough wins and records under his belt that his fans nicknamed him “Cannonball Coleman.” At some point in time, Coleman held all one-mile grass track world records and continued racing in New Zealand until the early 1930s.

Before retiring from professional racing, Coleman opened a bicycle and motorcycle store, where he distributed motorbikes for Harley-Davidson. A little over 5 years later, he began running this business full-time with his wife and 4 children. His shop grew into a motorcycle importing business, which Suzuki bought many years after Coleman and his wife passed. Additionally, Coleman was extremely interested in aviation and photography. More than anything, he loved to experience the world around him both visually and physically. Adventure meant everything to him.

It is certainly worth noting that Coleman passed his love for racing down to his children, particularly his sons. Both sons, Rod and Bob, went on to set their own racing records and continue their father’s legacy after he passed in 1965.